I sometimes feel like the Grandma of Zero Waste, as I’ve been writing about it since 2008. Long before it was a ‘thing’.

Fortunately it now IS a thing, as this wonderful community of Zero Waste Bloggers from around the world proves – woohoo!

Sowing the seeds of change

The seeds for our Zero Waste lifestyle were sown in 2004. On a rainy day in August, I was browsing a shop while on holiday in Boscastle – a popular village in Cornwall; England.

Within twenty minutes of torrential rain, the tide came in and the two rivers that straddled the sleepy village rose by seven feet. Flood waters carried away 75 cars, 100 buildings, and finally, the bridge that would have led us out of the village. About 150 people were airlifted to safety. As I was standing with my three year old daughter in my arms, wondering whether I’d ever see my husband again, I was trying to make sense of what I was experiencing.

I came to the conclusion, rightly or wrongly, that everything I’d read about climate change was happening.

And in that moment, I decided to be part of the solution – for my daughter’s sake.

Being part of the solution

I went home and set up my local Freecycle group – a fantastic online service that connects people with things to give away with the people that want or need them. The group grew in popularity, so I eventually split the group into smaller communities and handed it over to new people.

By the beginning of 2008 I was ready for another challenge.

I was going to recycle more.

At that time, we were recycling NOTHING. Not one baked bean tin, newspaper or glass bottle –it was all going into the dustbin. If my husband overslept on bin collection day we were in serious trouble having to deal with all our waste for the next week.

Well my new year’s resolution lasted about 3 days. By the time I’d fished newspapers out of the kitchen bin from underneath vegetable peeling and used tea bags I’d had enough. So much for my will power!

The trouble was, this nagging thought wouldn’t leave me. I read about Karen Cannard from “The Rubbish Diet” who had taken part in her council’s zero waste week and had created just one plaster for the week! What an amazing achievement.

Later that year I read an article about marine life and how it was being affected by plastic. You’ve probably seen the heart wrenching pictures of turtles and albatross who have been killed or injured by ingesting plastic. I showed an article to my husband and he nearly cried. He put his head into his hands and said

“We are never taking another plastic disposable carrier bag EVER again…”

And so began our personal zero waste challenge.

I set up a blog (My Zero Waste) to keep ourselves accountable and track our progress. Who knew that within less than six months we’d have a monthly audience of 80,000 visitors and media stories all across the globe?! Our bin ended up being emptied live on BBC Breakfast TV as we managed to accumulate just one dustbin of waste for 2009. I appeared in a documentary called ‘Trashed’ with Jeremy Irons, highlighting waste and sustainability issues. And our story was on radio stations from Scotland to Australia and every newspaper in between.

“Trashed” premièred in Cannes in 2012, has been shown in over 40 countries and won 8 awards.

In this two minute segment you’ll see me talking to Jeremy Irons about the amount of landfill waste we, as a family, threw out in 2009 and how we accumulated so little…

An offshoot of the blog is Zero Waste Week – an annual awareness campaign that encourages householders, businesses and organisations to reduce landfill waste. We figured that one family making a massive effort was nowhere near as impactful as millions of people across the world all doing their bit.

Last year the reach was 56 million people with participants in 76 countries. During the rest of the year, the conversation continues on our engaged and committed Facebook Group, Twitter, and through the newsletters. I also share quick hints and tips through Pinterest and I’ve recently been spending time on Instagram.

There’s no such place as away…

My mantra is “There’s no such place as away!” So when you ‘throw something away’; it’s simply somewhere else – a landfill site, an incinerator or a ship to China. Once we’ve put something in the ubiquitous black bin bag, it’s out of sight, out of mind. We can’t wait to “get rid of it,” to absolve responsibility for it and, in some cases, forget it ever happened. My work is all about facing up to what we want to get rid of and seeing if there’s a better way to do things so we don’t accumulate so much rubbish in the first place.

People tell me that I’m ‘real’, approachable and encouraging. I don’t preach, I don’t pretend to be anything other than someone trying to make the right decisions – but often failing – and I’m not afraid to write about my mistakes. I’m all about rolling my sleeves up and getting in the trenches with you, rather than telling you what to do.

My weekly ‘Food Waste Friday’ used to be one of my most popular posts where I would pull out everything green and slimy from the back of the fridge and photograph it. It kept me accountable, made me determined to throw away less food the following week and encouraged others to join in too.

A couple of highlights of this amazing journey have been getting a mention in parliament for the Zero Waste Week campaign and being voted number 1 in Resource Magazine ‘Hot 100’ – an award that celebrates the most influential people in the waste industry! But it’s the readers of my blog, the emails I get from individuals and the interactions on social media from everyday, ordinary people who care and are doing their best to make a difference that really warms my heart. 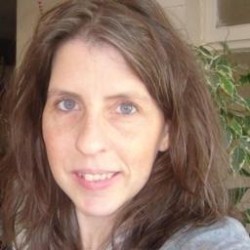 Founder of Zero Waste Week at Zero Waste Week
Rachelle Strauss is founder of the annual awareness campaign, Zero Waste Week. The week-long campaign takes place every September and challenges householders, businesses and organisations to reduce landfill waste. Throughout the rest of the year, the conversation continues through zerowasteweek.com, newsletters, and social media. With a reach of 56 million people worldwide, Zero Waste Week has attracted media stories and engagement in documentaries, film and radio across the world.

Rachelle Strauss is founder of the annual awareness campaign, Zero Waste Week. The week-long campaign takes place every September and challenges householders, businesses and organisations to reduce landfill waste. Throughout the rest of the year, the conversation continues through zerowasteweek.com, newsletters, and social media. With a reach of 56 million people worldwide, Zero Waste Week has attracted media stories and engagement in documentaries, film and radio across the world.

Lauren from Green With It

November 14, 2015 Lauren Wood Comments Off on Lauren from Green With It

‘Our Simple Cottage’ with Agnese and Alex

February 19, 2018 oursimplecottage Comments Off on ‘Our Simple Cottage’ with Agnese and Alex